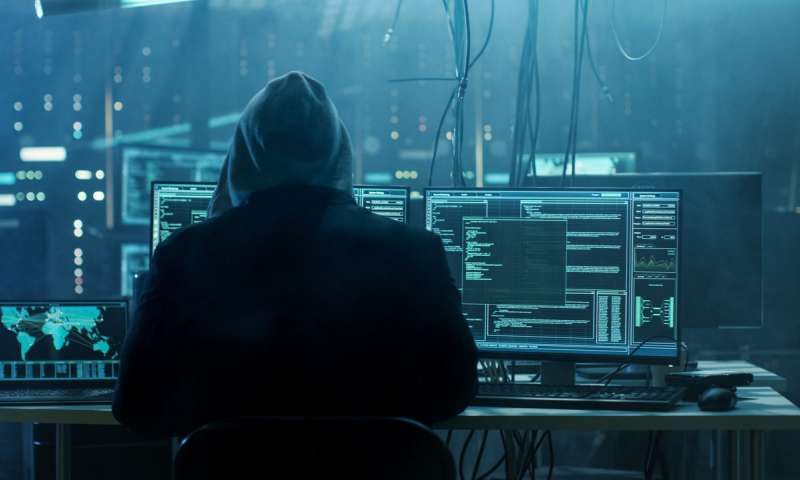 The word ‘hackers’ become widespread after 2017 US elections. Last few years lot of crap movies are surfed up to catch the tide. In this article, we would like to present you the best among best hacking movies and series of all time. This list is not in order, better watch them all and get familiar with nerd culture.

This German film is about a group of ambitious hackers who want to make themselves big, their cat and mouse game with cops and rivalry with other groups. Film’s story line is very fresh. It became an international sensation unexpectedly. The film won three German Movie Awards and the Bambi for best German film.

This is the fourth installment in Die Hard series . Starring big names like Bruce Lee and Justin Long, movie runs around a rouge hacker who holds US economy at stake by activating his mysterious fire cell.

A computer wizard, serving in US prison is released to take down the network of cyber terrorist in collaboration with his former Chinese roommate. Trail takes him from US to Hong Kong and finally in Indonesia. Thor fame Chris Hemsworth played the protagonist in this action-packed film.

Created by Sam Esmail, this series acclaiming many awards established itself as a cult. The plot is around an elite hacker Elliot Anderson who suffers from psychological disorders and tries to throw down a big shady cooperation with the help of international cyber criminals. The protagonist Rami Malek who played the role of Elliot won Emmy Award for outstanding lead actor in drama series.

Starring big names in Hollywood, this movie is about a computer hacker (Hugh Jackman) hired for big robbery conspiracy by a criminal mastermind (John Travolta) and his partner in crime (Halle Berry).

This dark movie is about a hacker who breaks into an important government computer and get himself trapped in shady government scheme.

This award winning crime series evolves around a quirky female hacker and an investigative journalist. Series deals with many serious issues. Ace actors Noomi Rapace and Michael Nyqvist did splendid job portraying their characters. Just for caution, series has few extreme scenes not for light-hearted people.

This time Mikael is investigating sex-traffickng ring while Lisbeth is imprisoned wrongly for murders.

When recovering Lisbeth waiting for trial of murders, Mikael must prove her innocence but not without exposing her dark past.

The Girl with The Dragon Tattoo (2011) English Remake

This is the remake of first installment of series directed by David Fincher, starring Daniel Craig as Mikael and Rooney Mara as Lisbeth.

The Net film series is about identity theft. When system analyst stumbles upon a disk having access to a dangerous software, villains try their best to get hands back on disk. Starring Sandra Bullock, this old time movie is good watch for weekend.

The Net 2.0 is a second installment in series starring Nikki DeLoach. When a computer analyst lands in a overseas job, she finds out that her identity is stolen in strange country and fights back to regain it again.

Two rival hackers forced to join hands to take down a corrupt government. This is one of the early movie on hacking scene. It popularized many cool aliases like ‘zero cool’ in geeks. Starring Angelina Jolie and Jonny Lee Miller, this movie became a cult with massive fan followings.

This movie is based on true story of German hacker Karl Koch who died in suspicious circumstances. Movie depicts early hacking scene in Hannover, Germany.

This old good movie is about a security specialist and his unique team who are targetted by government officials to acquire an important item. Starring Robert Redford and Mary Mconnell, this movie is indeed joy to watch.

If you are interested in early days of hacking, you must watch this documentary. It has commentary from legends like John Draper a.k.a Captain Crunch, Kevin Mitnick (Most wanted hacker in 90s) and none other than Steve Wozniak.

This movie is about former notorious hacker Kevin Mitnick who was the most wanted hacker in early 90s. According to Kevin, movie is extremely inaccurate and based on hype. Even though
it is good to watch how social engineering can be used as one of the most formidable skill of hacking.

This is biographical drama of Mark Zuckerberg the founder of Facebook, the world’s biggest social networkig site. Movie tells the story of Facebook founding, its rapid growth and various lawsuits it faced.

This early 80s movie is plotted against the background of cold war between United States and Soviet Union. When a young boy finds a back door into military computer, by mistakes he activates simulation of war convincing military actual war.

This movie is about lives of workers in early 90s software firm who are fed up of their jobs.
Starring Ron Livingston & Jennifer Aniston, this awesome comedy movie acclaimed cult status later years even though it failed on box office initially. This is one of the must watch movie for software professionals.

This is an interesting documentary film about founders of mega torrent site, The Piray Bay and their fight. Film was released freely under Creative Commons license. After release, big studios in Hollywood tried to remove links to movie by sending bogus DMCA takedown notices to Google causing controversy.

This legendary cyberpunk futurist movie evolves around Man vs Machine theme. It acclaimed many awards breaking records on box offices in domestic as well international scene. Series is known for stunning action sequences shaping whole action genre. Plot draws many ideas from eastern and western mythologies. The main protagonist Neo is played by Keanu Reeves with supporting casts Laurence Fishburne as Morpheus and Carrie-Anne Moss as Trinity with many other famous actors in guest appearances like Monica Bellucci and Hugo Weaving.

In the first installment, Neo learns about humanity living in artificial world created by machines and joins forces against machines.

The second installment is about the rise of Agent Smith, preparation for final battle against machines and Neo’s fight to save his love Trinity. This installment became very famous for action sequences like Neo fighting against 100s of agents and Trinity riding Ducati 996.

Neo has to fight against rogue machine called Agent Smith to save last of humanity.

This futuristic anime tells story of space bounty hunters. One of the main characters, Edward is a formidable hacker. Edward joins crew in 9th episode of series when rescuing rouge satellite. Cowboy Bebop is cited as the masterpiece of anime having huge cult following.

This is another cult Japanese cyberpunk anime. This action-packed film deals with self-identity in a technologically advanced world. The main character Major Motoko Kusanai is cybernetic human and top class hacker. Its live-action film made in 2017 starring Scarlett Johansson failed to capture essence of original movie.

Starring Will Smith, this movie is about lawyer who is targeted by corrupt system. He is helped by his hacker friend to stop enemies.

This is documentary film directed by Laura Poitras. Laura Poitras is one of the initial journalist to meet Edward Snowden, Ex-NSA employee who leaked thousands of classified documents about illegal surveillance by United States. When contacting Laura first time, Edward used alias citizenfour. Documentary shows the real events of leak.

This is nine-parts web mini series starring Missy Peregrym and Olivier Martinez. It is focused on cyber crime.

Silicon Valley is a very popular satirical comedy show about group of software developers who found startup in Silicon Valley. This series make you familiar with startup scene in valley.

This movie is about large cooperation having very good PR but with dark secrets. The protagonist fights to reveal these secrets to public.

This is remake of very old movie of same name. When one of the robbery crew betrays team, all set to take revenge. Movie depicts some cool Hollywood hacking scenes like altering surveillance footage and hacking traffic system. Movie casts have some big names like Mark Wahlberg, Charlize Theron, Edward Norton and Jason Statham.

Hope you enjoy this curated list. Don’t forget to add your favorite movie in comments.